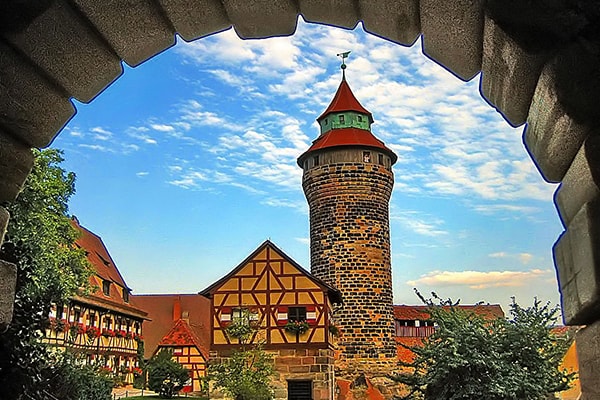 Nuremberg Castle (German: Nürnberger Burg) is a group of medieval fortified buildings on a sandstone ridge dominating the historical center of Nuremberg in Bavaria, Germany. The castle, together with the city walls, is considered to be one of Europe's most formidable medieval fortifications.It represented the power and importance of the Holy Roman Empire and the outstanding role of the Imperial City of Nuremberg.