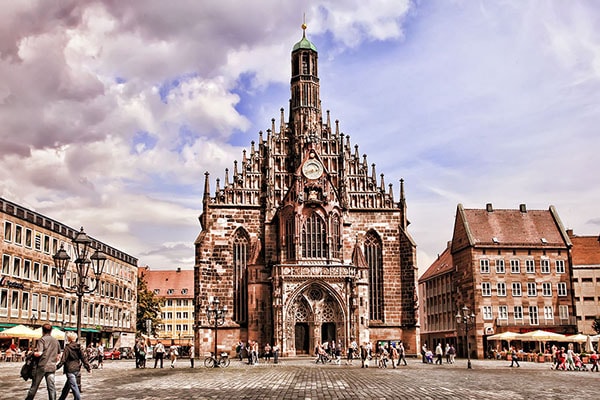 The Frauenkirche is a church in Nuremberg, Germany. It stands on the eastern side of the main market. An example of brick Gothic architecture, it was built on the initiative of Charles IV, Holy Roman Emperor between 1352 and 1362. The church contains many sculptures, some of them heavily restored. Numerous works of art from the Middle Ages are kept in the church, such as the so-called Tucher Altar (c. 1440, originally the high altar of the Augustinian church of St. Vitus), and two monuments by Adam Kraft (c. 1498).